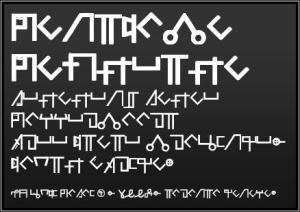 This metascientific methodology (also known as QYL – Qapollo Ya Lewa) derives its philosophical underpinnings from the Basotho system of geomancy wherein an axiom of strategic knowledge known as Lewa (strategic knowledge) is given to the client who has come to consult Ngaka Ya Mosotho (a Mosotho doctoral expert in geomancy) about a particular issue. The Basotho system of geomancy is based on cosmic knowledge and the geomancic bones exist as models of the star systems. This concept of geomancy based on cosmic knowledge is a powerful concept because when the mathematical objects of the geomancy are thrown on the ground, the Mosotho doctoral expert demonstrates the modelling of the expansive galaxy in front of the client. Instead of the client seeing the substructure of the phenomenon, the client is gaining an insight into the superstructure of the phenomenon.

As an alternative to the operational details about the phenomenon, Ngaka gives an axiomatic statement that describes the strategic knowledge of the phenomenon. The Lewa axiom offers a distilled description without the operational details. If the client wishes to learn more about the axiom, then they need to spend time with the doctoral practitioner to get a more detailed description.

Why Withhold the Details?

When you consult a Western trained doctor, he will take a blood sample in order to analyze the molecular structure of your blood. In this way, he is describing the substructure of the phenomenon.

It is interesting to note that the Basotho knowledge system has always been based on a metascientific methodology long before the dawn of science in Europe.

In the Western positivist tradition, a researcher must first hypothesize and select a research method before the research project can be approved. The type of data to be collected is first determined prior to field work.

The geomancic bones require to be written in order for the doctoral practitioner to assign the proper function to each one. The writing system used is not based on the alphabet but on a logosyllabric system. There are several sets of the geomancic bones like Kgola, Phalafala and others. These can number anywhere from 4 to more than 30 depending on the region.

Some of the sets of the geomancy are already determined and the doctoral candidate cannot change those like Kgola and Phalafala. These sets are like read only or ROM in computer systems. Other geomancy bones require the doctoral student to go into the village to gather data in order to use that data as a template to customize the other sets of the geomancic bones. It is this research enterprise of the Basotho doctoral system that is interesting. Instead of choosing the research methodology prior to the field work as in the Western positivist tradition, she will be methodologically guided by the type of data available in the village. This makes a lot of sense if you come to think about it.

This is exactly what a doctoral student has to do when gathering data from the village in order to produce the template for the Basotho system of geomancy.