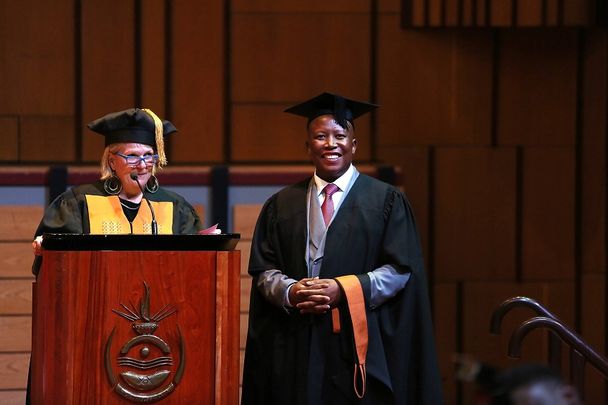 Here is a young model South African leader Mr. Julias Malema. He defies the laws of political physics. He defies the laws of political gravity. He is getting his second university degree from the University of South Africa today. This, in spite of an extremely hectic and dangerous schedule beset with all kinds of peril and uncertainty as the leader of the Economic Freedom Fighters (popularly known as EFF), an opposition political party in the South African parliament.

It is hard enough to study for a university degree as a full-time student, harder as a part-time student but even harder as a founder and Commander-in-Chief of an anti-establishment 4 years old political machinary that is gunning for the downfall of a 105 years old political party (my political party by the way!) the African National Congress (popularly known as ANC) that is running the government of the day.

Any government of the day would vigorously resist such a threatening leader including the use of intimidations and all assortments of political tools designed to ensure the derailment of such a leader. Malema and his EFF members have been manhandled and dealt with harshly and violently under the instructions of the Speaker of Parliament. Obviously, this is not working because this young and indomitable leader has passed all his university courses and collecting his degree today as we write these lines.

As if that is not hard enough, the African student has another enemy to contend with and that is the curriculum and the textbooks that denigrate the African culture and the African origin of knowledge and philosophy.

For Mr. Malema to successfully study the Eurocentric curriculum and read the text books that are not relevant to his cultural and epistemological upbringing, as opposed to the colonial descendants who enjoy both the curriculum and the textbooks, is incredible. The University curriculum is designed for the colonial descendants and not for the African natives. For an African student like Mr. Malema to achieve the impossible is to be celebrated!

Mr. Malema, where is the time to apply your mind to the university degrees? This is your second degree! What is the source of this endless energy in achieving these seemingly unattainable things? That is a mystery to me and many who seek the answers to these questions. Please share the secret of your success with us!

It is noteworthy to say that this incredible intellectual ability to graduate in the midst of being on a collision course with the government of the day is not exclusive to Mr. Malema. The spokesman of his party Dr. Mbuyiseni Ndlozi received his Doctor of Philosophy degree a few weeks ago. It is the strategy that bucks the trend that has become a defining feature of the young EFF which is working hard to build and produce the intelligentsia of the future effectively inspiring many young people coming after them. 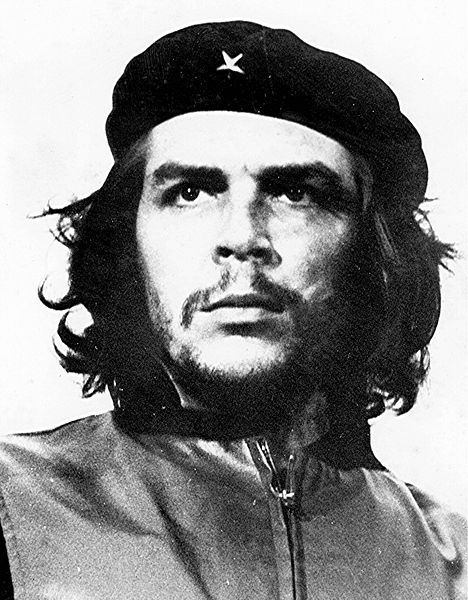 The legend Ernesto Che Guevara of the Cuban Revolution.

They heed the adage of the great revolutionary and hero of the Cuban Revolution, General Ernesto Che Guevara who said

“Live your life not celebrating victories, but overcoming defeats”.

Other quotes of Guevara say:

“The revolution is not an apple that falls when it is ripe. You have to make it fall”.

“The great aim of education is not knowledge but action”.

The enemies they have! The source of their enemies is the South African officialdom.  Mr. Malema and his members of the EFF have experienced sheding of blood and the tearing of flesh in the hands of the security staff of the South African Parliament unleashed upon them by the Speaker of Parliament Madam Baleka Mbete. I have travelled many countries and I have seen many parliaments but I have never seen elected members of parliament being attacked by their own parliament for whatever the reason may be. Only in South Africa we see these incredible things.

The overzealous commitment of the EFF members reminds me of a literary piece The Fire of the Village written in exile that appears in my book A Woman in the Bush:

The Fire of the Village

Congratulations are in order for Mr. Malema in his convocation at Unisa!