An award-winning journalist who has worked across print and radio, and is currently a senior news anchor at eTV Ms. Imani Rapetti recently conducted an interview with Dr Makhosi Khoza and Mr. Zulumathabo Zulu about their respective works in the excavation, research and advancement of African origin of scientific knowledge. 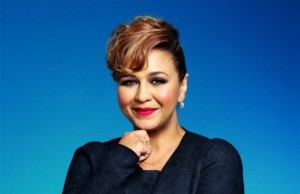 Power FM’s Power Talk is an alternative show with no limits. It is for ordinary South Africans with the aim of creating a platform that allows for emancipation to talk about any issues affecting the nation in one way or the other. It is a learning channel that brings people of different classes together to expand on their experiences and lifestyles in order to form a level of understanding for the betterment of society.

In this particular interview, Imani probes, explores and allows the audience to gain a much broader and holistic appreciation with respect to the logic and sophistication of indigenous African languages of isiZulu with Dr Makhosi Khoza – the Creator of the Language Order Called Uzalo: Ubuntu Zulu Alphabetical Logic Order and Sesotho with Mr. Zulumathabo Zulu – the Author of Sesotho Dictionary of Mathematics.

The interview was conducted on Monday September 19, 2016 and if you missed this interview or would like to hear it again – no problem! You can listen to the interview via the embedded link below. Enjoy and tell others about the cultural revolution that seeks to demonstrate the African origin of scientific and mathematical knowledge long before the advent of Euro-Christian colonization.